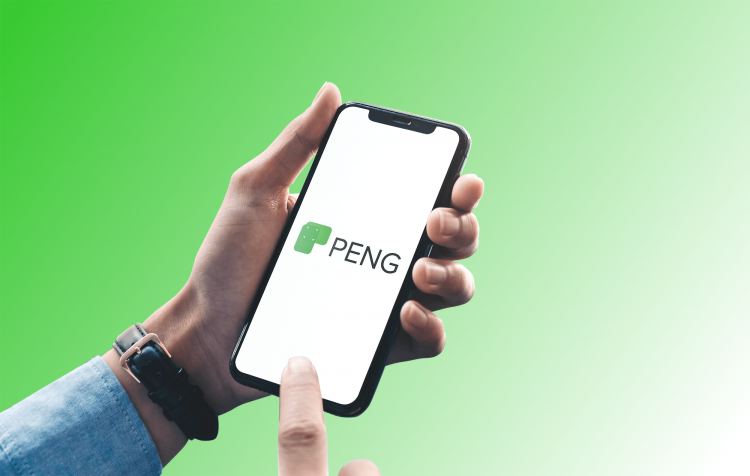 London, 23nd March 2022 – PENG – the UK’s newest open banking-powered mobile payment application – has partnered with Deion “The Ghost” Jumah as the undefeated cruiserweight takes on Richard Riakporhe in the main event at the London Wembley Arena on Saturday 26th of March.

PENG’s African founders believe that there are strong similarities between Jumah’s steady accumulation of victories and their brand. Commenting on the partnership, PENG co-founder James Kibera, who encountered Jumah training in Marylebone’s BXR gym, suggested that the cruiserweight had all the makings of being a great champion. “We believe that a partnership between a rising star who will inevitably become a role model and a fintech brand that articulates sustainability and value can go the distance. PENG aims to be a success story in its own right – and we are thrilled with the association with Deion.”

PENG’s CEO and co-founder Simon Reader echoed Kibera’s remarks: “PENG will serve the small business community, particularly aspiring innovators and entrepreneurs in the UK, reducing the cost of transaction fees by providing a cost-effective payment infrastructure that has processed volumes exceeding £2.5b to date. PENG will mainstream proven account-to-account payment technology with the intention of attracting sole traders and the self-employed eager to return to pre pandemic trade. Against a traditional payment landscape of heightened cost and regulation, we want PENG to elevate the role that the critical forces of the entrepreneur and small business owner play, particularly within communities and associations who didn’t benefit from the massive upward transfer of wealth in 2020.”

PENG will offer two subscription options and be available on the iOS and Android stores toward the end of April 2022. The PRO option will allow subscribers to send and receive payments to the value of £35,000 per month.

As part of his ring attire, Jumah will wear PENG branding on Saturday night.